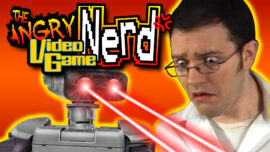 To mark the 100th episode of Angry Video Game Nerd, the Nerd takes on reviewing two bad NES games – Gyromite and Stack-Up – while dealing with the unwelcome help of Nintendo’s R.O.B.. 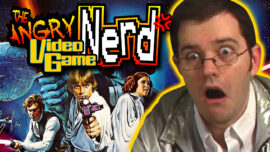 The force is with the Nerd, as he helps to fight back against the dark powers of bad games made for the Atari 2600, Famicom, NES, SNES, and Nintendo 64, all based on the Star Wars series of movies. His reviews of these games include Star Wars: Jedi Arena, Super Star Wars, and Star Wars: […] 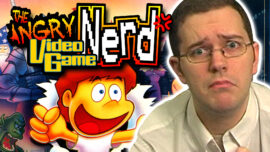 The Nerd wonders if he’s daydreaming about his next bad video game, as he takes to reviewing the different flaws and styles of gameplay found in Day Dreamin’ Davey for the NES. 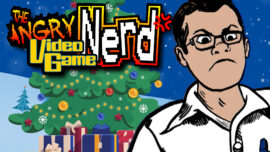 As Christmas approaches, the Nerd embarks on a parody of How the Grinch Stole Christmas!, and takes a look at three bad NES games – Town & Country Surf Designs: Wood & Water Rage, Circus Caper, and Fist of the Northstar. 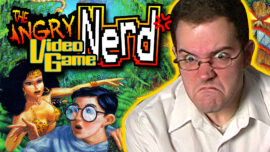 The Nerd finds it highly unlikely his next bad game is gonna surprise him, as he reviews Lester the Unlikely for the SNES – a video game with a problematic protagonist and difficult gameplay. 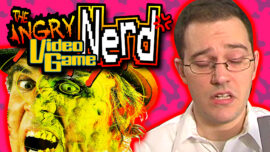 For Halloween this year, the Nerd decides to give a much longer and more in-depth review of Dr. Jekyll and Mr. Hyde for the NES. 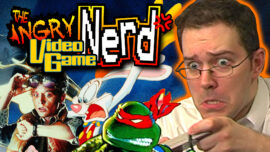 The Nerd takes a trip down memory lane, as he revisits some of his previous reviews he made on games such as Top Gun, Who Framed Roger Rabbit, Teenage Mutant Ninja Turtles, and Back to the Future. 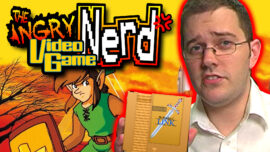 The Nerd prepares to travel to Hyrule, as he takes on the quest of reviewing the sequel to The Legend of Zelda – Zelda II: The Adventure of Link for the NES. 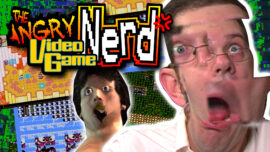 The Nerd reviews various glitches and bugs that can be found in games both past and present, including Pac-Man, Metal Gear, Punch-Out!!, Mega Man 5, Super Mario Bros.,Super Mario World, The Legend of Zelda: Twilight Princess and Rocky. Guest Stars: Kevin Finn as the Game Graphic Glitch Gremlin. 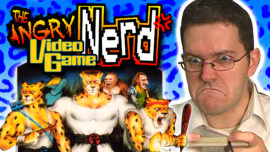 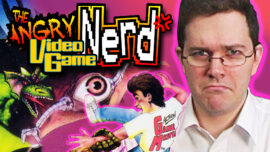 Part 1 of 2. The Nerd prepares himself to tackle not one game, but a huge variety of badly-designed video games that were put into one cartridge – Action 52 for the NES.

« Back to all Angry Video Game Nerd 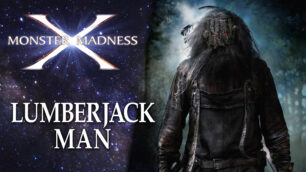 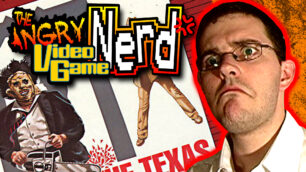 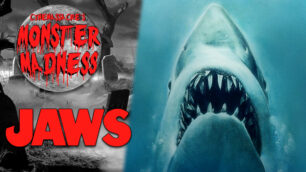 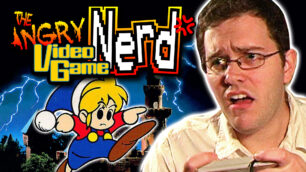