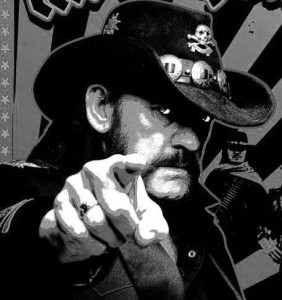 An era has passed, now that one of the originators of metal/ hard rock music is now gone. Lemmy Kilmister, the legendary frontman of Motörhead died yesterday, after keeping the band active for 40 years! He never stopped performing. Some bands retire, but Lemmy kept running the Motorhead engine until the wheels fell off. Certain members of the three-piece band came and went over the years. Like a vintage machine, parts were replaced, with Lemmy being the sole original member. He was the foundation. He was truly the man who was Motorhead, synonymous with the name, and with the whole genre surrounding it.

Whenever he was told how he changed the face of music, helped invent heavy metal, whatever, he just shrugged. To him, he was just playing music. “It’s just rock n’ roll” he would say. Even if it meant rock n’ roll at a thousand decibels. His approach to music was pure, without lavish production, classic blues inspired, but just loud as shit. There were many imitators, but nobody in the world sounded like Lemmy, with his steady bass rumble, and his gravelly voice like a British Megatron with a bad cold. Motorhead wasn’t for everybody. It was like drinking whiskey. It might be rough, but once you down enough of it, damn it’s good!

He lived his rock star life to the fullest, a woman chaser, a heavy drinker, doing things to his body that were lethal, while flipping the middle finger to the grim reaper until the very end. And in the process, walking around dressed like Captain Hook. To see more of what he’s like, I recommend the documentary Lemmy: 49% Motherfucker 51% Son of a Bitch.

During Motorhead’s final tour, it was well known that Lemmy was fighting illness, but he kept pushing himself through, show after show. There were many some cancellations, sometimes mid-song, but in relative comparison to all the shows he played, he was near invincible. When he had no choice but to stop, he would tell the crowd staight-out what was happening. Not a backstage roadie, or an anonymous voice on the loud speaker. Lemmy himself would come back out on stage and tell everybody.

My last time seeing Motorhead live was on September 22, 2015 (with Anthrax supporting) at the Tower Theatre in Upper Darby PA, which he said was the first place he ever played in the USA, back in the 70’s. I had the feeling it would be the last time, so I had to get up close. When he appeared, he said his traditional quote “We are Motorhead. We play rock n’ roll.” the obvious, but classic line, a throwback to more humble innocent times when bands would usually introduce themselves at the start of the show, except here, you know what’s going to happen… that first chord hits, sending a shockwave to your feet. You feel it go up your body, into your head, pulverizing your brain, like standing on a runway while a plane is taking off! (I never tried it, but still.) The crowd goes nuts. A high heel boot kicks me in the side of the head. I turn, just in time to catch a crowd surfer from falling, as I help lift her up. We send her sailing toward the stage. That’s when you know, you’re at a Motorhead show. Even though the volume was deafening, Lemmy grumbles “it’s not fucking loud enough. Turn it up.” The roadies attach a bottle of water to his mic stand to keep him hydrated. His bandmate Phil Campbell reminds him to drink it. He replies “Fucking water. I hate it.”

I’m not one who stands there looking through his phone the whole concert, but sometimes it’s good to have some memories captured, isn’t it? Here’s some pics. 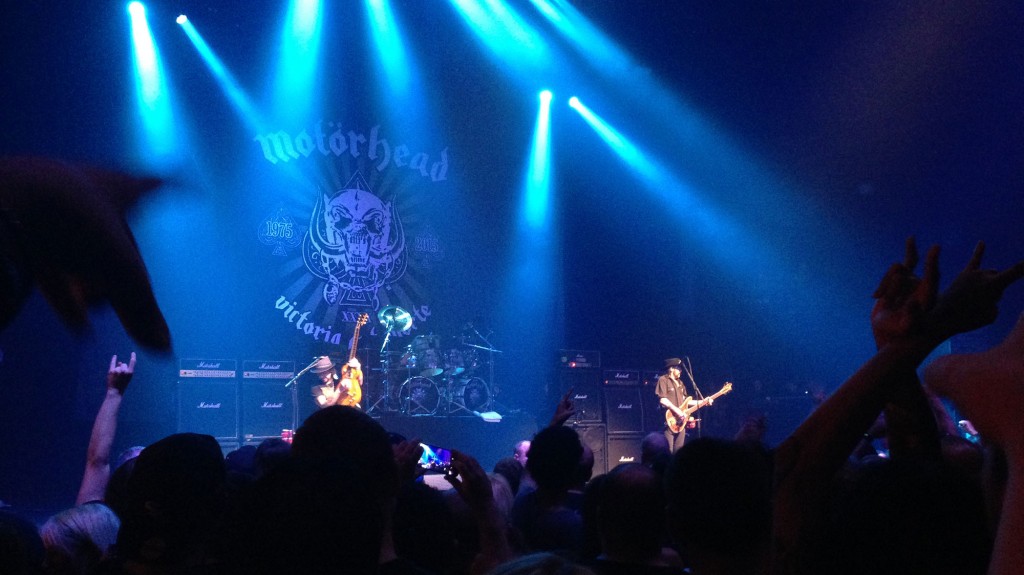 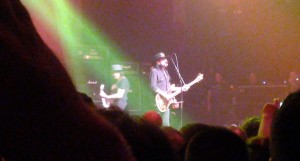 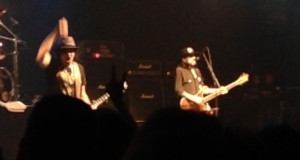 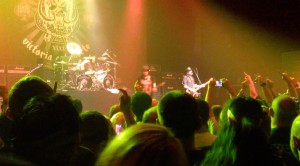 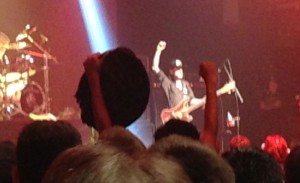 With a large catalogue of music, I’m still discovering more. It’s a large consumption, so my favorites can change over time. At the moment, these are the top tracks that stick out to me. Tons of others almost made the list. Anyone’s Top 10 is bound to be different. There’s not much you can do wrong.