Angry Video Game Nerd Volume X is here! For fans of physical media who want to own the first 100 episodes of AVGN in your collection. It includes two discs.

Disc 1 contains the first 100 episodes (about 19 hours total) with a Play All option where you can have the ultimate binge-watching marathon!

Disc 2 contains about 7 hours of bonus material, from the previous DVD’s, relating to episodes 1-100.

26 hours is the approximate total running time of both discs combined.

Previously, there has been DVD Volumes 1-8. If you already own them, there is nothing new here. This is for:

A) If you don’t already own them. This is a new cost effective way to own the first 100 episodes on fewer discs. Blu-ray discs are more expensive to manufacture, but we crammed so many videos into them, that it is a better buy.

B) The ability to watch the first 100 episodes in one straight 19 hour marathon.

The videos are in STANDARD DEFINITION, because that is the way they were shot. The reason they are on Blu-ray discs is because they can fit much more content than a standard DVD.

We are planning on releasing the newer episodes on future Blu-ray sets, to continue the “X” series. Newer episodes are shot in HD, and will be presented in HD when episodes after 106 are eventually released.

For those who do not own Blu-ray players, we are also planning on getting the previous DVD releases back in stock, and “Volume 9” is still possible. We have a lot of work to do. 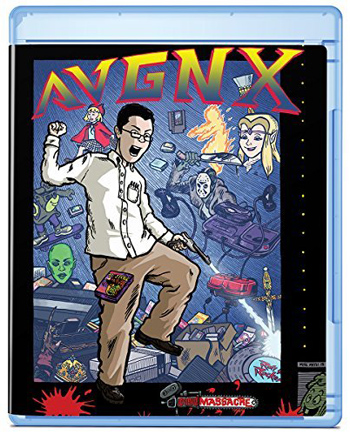