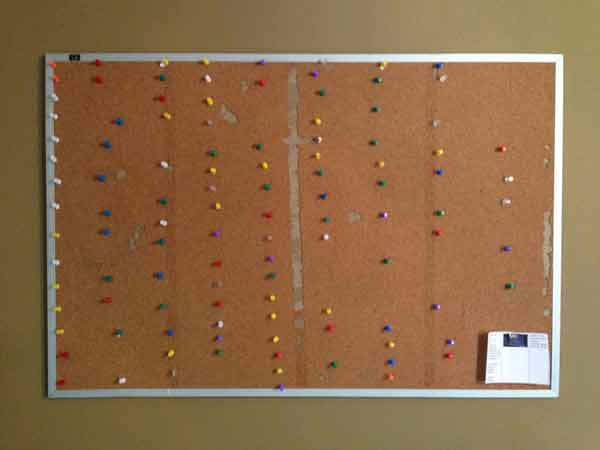 Before anyone says “One shot left”, I need to clarify. These scraps of paper represented sequences, not shots. That last paper accounts for 55 shots, 20 of them have been done. For that reason, this is my last VFX update. I’m not going to bother to keep posting the same image of the bulletin board, until that one is gone.

Lesson learned: Unless you have an Iron Man budget, don’t have over 900 VFX shots. It’s a nightmare.

Anyway, we’re moving on. The full picture is locked, meaning there will be no more edits to the movie that will affect timing. Sound and music are now underway!

We are also in the process of booking theaters to screen the movie. I am very anxious to announce the premiere date/location, but we need to get everything set and confirmed first. It won’t be too much longer, before I have an epic update. Theatrical screenings will begin happening this summer. DVD/Blu-ray/Online release will happen by the end of the year, just like I said in my Inside Look video.

New AVGN episode coming to celebrate the 10 year Anniversary of the Nerd.

Enjoy your kick-off to the summer, and give your Memorial Day remembrance.