I’ll be appearing at TooManyGames in Oaks, PA. The event takes place June 27-29 at the Greater Philadelphia Expo Center.  Here is the link to the site for more info.

What makes this one a little extra special is that we will be celebrating the 10th Anniversary of the Angry Video Game Nerd. (It was late-May 2004 when I made the first episode, Castlevania 2: Simon’s Quest. The second video, Dr. Jekyll and Mr. Hyde, the first on-screen appearance of the Nerd, was in June.) Now that it’s been 10 years since I created this character, we’re having an after-party for the “Final Boss” badge holders. See here for more info on the after-party.  That’s something extra. Even without the special badge, you can still see me during the regular convention hours. An exact schedule will be posted later. 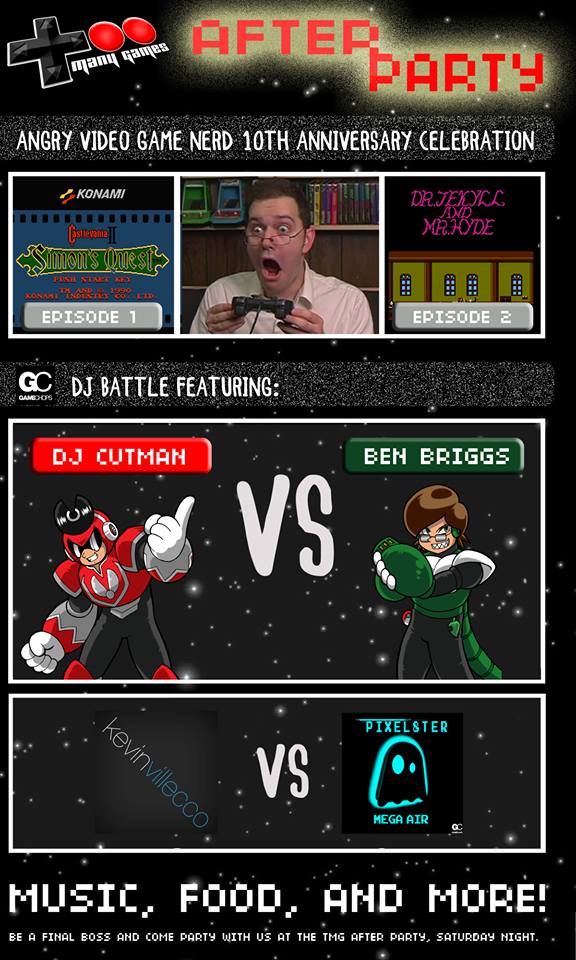