Things I learned from Sylvester Stallone

Sylvester Stallone has had a long career as a writer, director and actor. Balancing all those tasks is a very difficult thing. His movies range from emotionally charged to downright meat-headed, but his words always come off with a genuine sense of wisdom and experience. Everything he says sounds like it comes straight from the heart. The best example is the documentary on the Expendables Blu-ray “Inferno.” It’s the greatest source of Stallone quotes, all in one place.

So I broke them down into life lessons, giving my own interpretations, all inspired by quotes from Inferno.

A WORK OF ART CAN CHANGE SOMEONE’S LIFE

We think of movies like Rocky as inspirational and life changing. We celebrate our heroes, as if they exist on some kind of higher level, when really, they are the same as us. They too have looked up to someone else’s work and have had the same reaction. Otherwise, they wouldn’t have pushed themselves to become where they are today.

Stallone says at the beginning of Inferno that the movie that changed his life was Hercules (1958).  He says…

“You have these men trying to overcome incredible odds and would give their life for a higher ideal. That philosophy has followed me throughout my life. Action films are a throwback to ancient mythology. Every culture has these stories. Through campfires… cave drawings… books. What we do through modern cinema is try to recapture those stories. Men overcoming evil, even at the cost of the hero’s life.”

Even the people who inspired you, have their own inspirations. It’s like part of a chain. And maybe one day, your art will inspire others, and continue the chain.

The stories you tell through your art come from somewhere. Maybe it’s imagination. Other times, it’s real life. Somehow these experiences will find their way into your art. You’ll express something that someone else will relate to.

“I couldn’t have made Rocky Balboa 10 years earlier because I had to actually live it and go through some trials. Things happen for a reason. Action films have a lot of heart and it’s about finding real value in your life.”

“You need to have some human touch. That’s the hardest thing to do. Bullets are easy. You can buy them at 23 cents a piece. But emotions are priceless.”

Many arts are collaborative. Maybe you’re in a band or you make films. It’s a team effort, just like the Expendables. Everybody brings with them something different. Try putting different people together and see what comes out. The best projects are done with an incredible ensemble.

Stallone and Dolph Lundgren worked together on Rocky 4, and again, more than 20 years later in The Expendables. These kind of long lasting friendships, you can’t take for granted. You never know when you’ll end up collaborating with an old friend.

FRIENDLY COMPETITION CAN BE GOOD

In the 80’s, there was sort of a battle for supremacy of the action genre. Stallone and Schwarzeneggar never appeared in the same movie together until The Expendables, but always took playful jabs at each other. They always tried to top each other, and put each other to the test. That made the best of them.

NO PAIN, NO GAIN

Stallone says “the only movie I never got hurt on was Stop or My Mom Will Shoot.” And that’s a film most people like to forget. His best movies were the ones with the most sweat and hardships. The harder you work on a project, the better the result can be. I don’t meant to get off the topic of Stallone, but to switch over to Bruce Campbell for one moment, he said it best. “The harder it is to make, the easier it is to watch.” 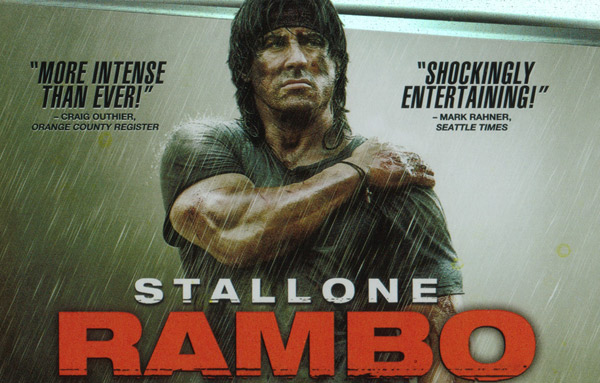 Stars don’t burn out. They twinkle. One moment they shine bright, then they go dim. Stallone’s career is full of ups and downs. In the 70’s and 80’s, he was really popular. Then in the late 90’s, early 2000’s, he made a bunch of stinkers and almost seemed to disappear for a while. Then, he came back full force, with new installments to his two most successful franchises, Rocky and Rambo. Then he launched a fresh new series The Expendables. It seemed like there was no stopping him! Then he made Bullet to the Head, which apparently flopped so bad, I couldn’t find any local theaters playing it, within only a week of its release!  The star may have gone dim, but will be bright again, you can bet. 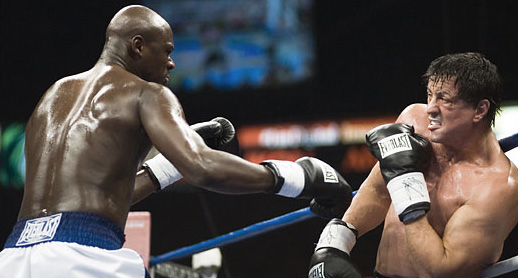 Stallone made Rocky, one of the best movies of all time. Even if he would have stopped there, he would always be remembered for it. But Stallone never stops. He has the need to keep proving himself.

“You can only be hot once. When you first get discovered, that’s your moment. Now it’s some kind of appeal that alludes me. I look at kids that are younger than my children. That’s one of the reasons I did Rocky Balboa. Some people say it was about ego. But it was driven by wanting my daughter to see what I used to do for a living. That’s true. That was really important, because up until then, she said I was a person that lived on TV… Reruns.”

DREAMS ARE EASY. EXECUTION IS DIFFICULT 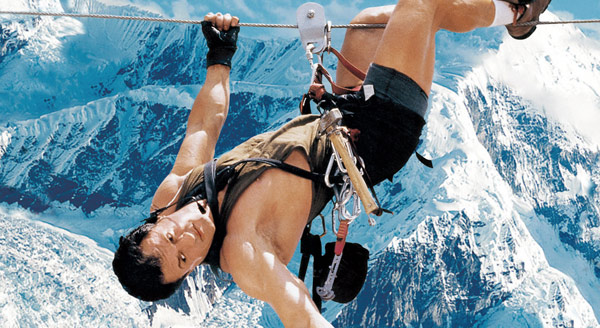 Our imagination is what gets us into trouble. You have an idea for a scene, and you think you know how to shoot it. But logistical problems always come up that you didn’t expect.

“It’s only 30 seconds on the page. It seems so simple when you write it. “Bus goes into river.”  Well who’s driving it?”

You are closer to your art than anyone. Even when you have a huge team of people helping you on a project, you have to understand that they will never see your vision the exact same way you do. You need to use extra communication to get the ideas across. You also need to respect them, and not make them do anything dangerous or that you wouldn’t do yourself.

“You have to be irrationally passionate. This is your baby. It’s something you understand more than anyone else. You can’t expect anyone else to feel it the way you do, the same way no one can understand how you feel about your child because it’s part of you. It’s in your blood. It’s in your DNA.”

ANYTHING CAN GO WRONG

No matter how much time you spend preparing for something, you can guarantee that something unpredictable will happen.

“It’s amazing how many times you think you have it under control, but then the clouds open up and it starts to rain and you wonder how you’re going to make it work. Only thing I know is the best made plans don’t always happen. Something always comes up that takes you in a different direction.”

GREAT WORK IS IN THE EYE OF THE BEHOLDER

First Blood is one of my favorite films of all time. It’s hard for me to believe that Stallone actually didn’t like the movie at first. In Inferno, he says the first cut of First Blood was so bad, he threw up. He tried to buy the print so he could burn it. They wouldn’t let him. So they cut lots of Rambo’s dialogue. He calls that movie a “minor miracle.” 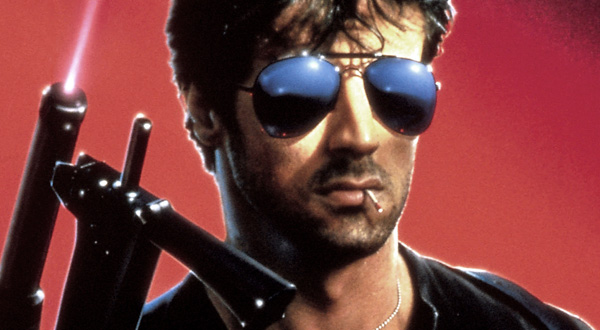 Nothing ever goes exactly as planned, so be flexible. The script is a guideline. You might find a happy accident, and end up with something better. Stallone thinks on his feet. You find things you couldn’t have anticipated.

Stallone works well with chaos. That’s where he calls home.

“Making a movie is like warfare. It’s always damage control. Your emotions betray you. Your writing betrays you. Your strength betrays you. Your health goes. You’re out of money. You’re out of time. You’re over-budget. You say you don’t have anything to prove, but you do. You always have to prove yourself. I don’t give a damn what anyone says. You’re always looking for a mountain to climb. That’s what keeps you alive. That’s what keeps you vital. And maybe when you can’t find a mountain, you build one.”

That last quote is the one that has stuck with me for years, since I saw Inferno. I know I have definitely built my mountain. Have you built yours? Which quotes stick out to you?

Then of course, there’s this.

That’s the meaning of life.