Here’s some useless trivia. The AVGN series is often compared to traditional TV shows with “seasons.” The AVGN wikipedia page lists all these seasons by year. That makes sense because we’ve always released the episodes on DVD by year, but personally, I think the true way to list them is how they were produced. I’m always impressed with how accurate the wikipedia page usually is, but if you wanted to get real specific about when exactly these seasons began and ended, here it is.

PILOTS
May 2004 (Simon’s Quest and Jekyll & Hyde)
Recorded at my parent’s house, after coming home from graduating college. These two episodes were made because I was bored. I had no idea that I would be making more. 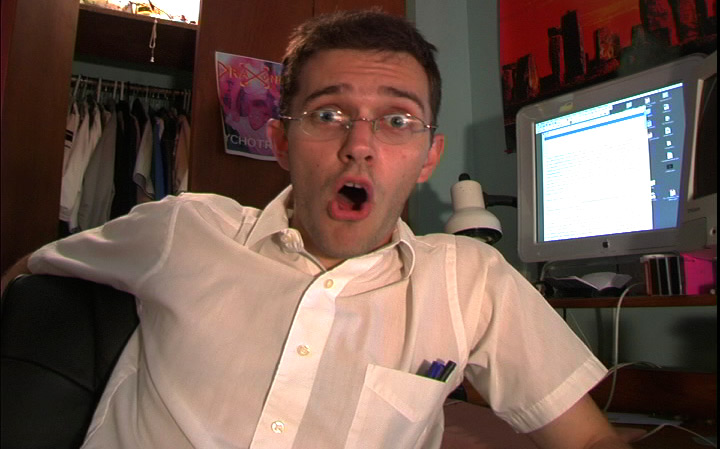 SEASON 1
April 2006 – December 2006 (Karate Kid to Bible Games)
The year of YouTube. This is when YouTube became popular, and so did the Nerd. The Karate Kid episode was made as a one-off to close out the “trilogy” but unexpectedly got a cult following which grew. I kept making more, and saw the series progress. It changed late in the season from “Nintendo” Nerd to “Video Game” Nerd. During this year, I was living in an apartment. My full time job was editing corporate videos. The TMNT 3 movie review should never have counted as a Nerd episode, especially not TWO episodes. It was broken apart because of technical issues. It was made during the Nerd’s breif hiatus when the future was uncertain. It was originally meant to launch a side series “The Angry MOVIE Nerd” but it never happened. 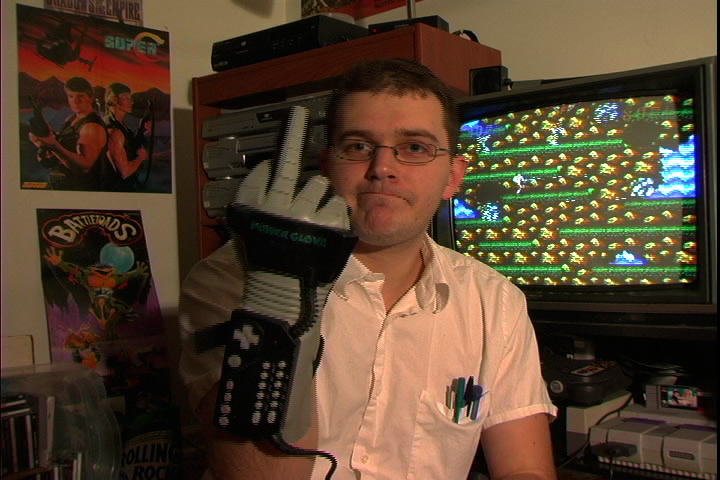 SEASON 2
February 2007- February 2008 (Atari 5200 to Rambo)
I moved into a new apartment and began editing wedding videos full time. Up until now, the Nerd videos were something I was doing on my free time, which had taken their toll. My life got too stressful to handle, so the Nerd series had met it’s potential end. This was when GameTrailers entered the picture, offering me compensation for the first time. I signed a 1 year contract to continue the series at 2 episodes a month. 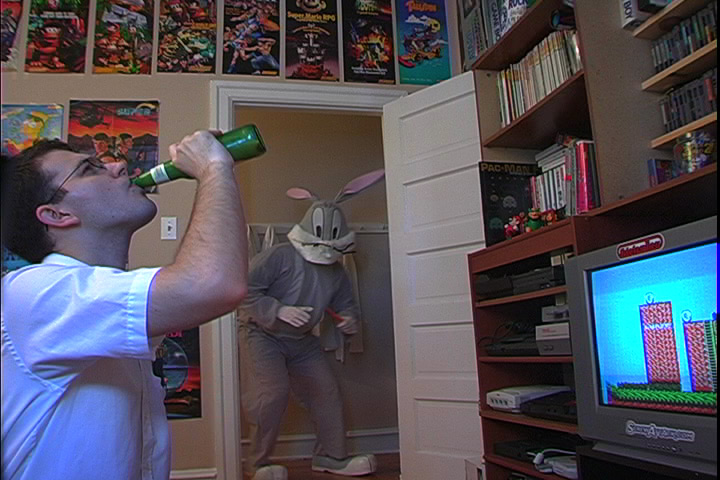 SEASON 3
February 2008 – February 2009 (Virtual Boy to Milon’s Secret Castle)
Renewed the contract with GameTrailers for another year, again with 2 videos a month. Up until now, the videos were all filmed in a corner of a room, but the Nerd’s collection expanded and outgrew itself. Mid-season, I relocated and now the series was finally given a dedicated room to film in. Being able to turn the camera around 360 degrees and show all four walls was a blessing! 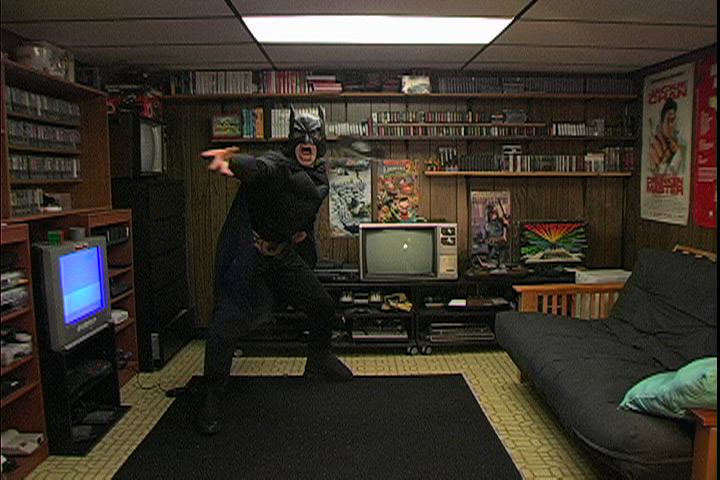 SEASON 4
March 2009 – March 2010 (Atari Jaguar to Pong Consoles)
Another renewal. 1 year. 2 videos a month. By the end of this season, I completely burned myself out. 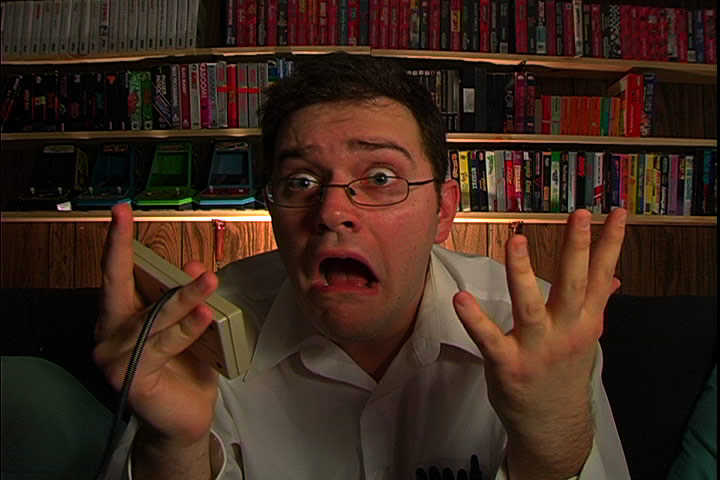 SEASON 5
May 2010 – April 2011 (Action 52 to Spielberg Games)
By this point, the series became too much like a “job”. With 2 videos a month, and less time than ever to make them, I was sacrificing my health, and felt I was beginning to make sub-par episodes. Not to mention, the AVGN Movie was getting nowhere. It was stuck in limbo. With this season, I made the announcemnet that I would be cutting down to 1 episode a month. As a result, I think they improved. The season kicked off with the longest Nerd episode to date, Action 52. A side note: I said it would come out in May, but it was released a few hours early, technically meaning it was still April. The season had some of the most epiic and ambitious episodes yet, like How the Nerd Stole Christmas and the 100th episode R.O.B. (The first episode shot in 16:9 ratio.) The final episode of the season, Spielberg Games, ended with a cliffhanger for the AVGN Movie. 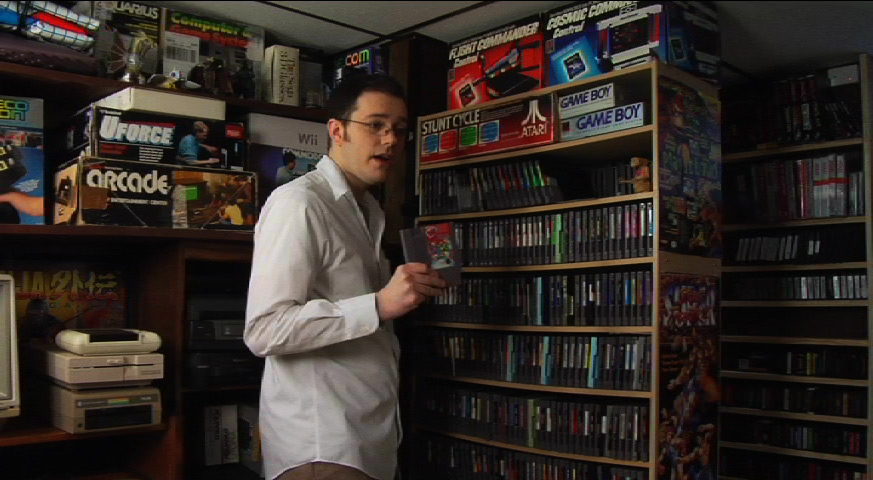 SEASON 6
July 2011 – December 2011 (Making of Barbie to Bible Games 3)
Originally, Speilberg Games was planned to be the last episode before the movie came out, but realizing it would take a lot longer than expected, I entered a shorter contract for 6 episodes in 6 months. The first one was a “making of” episode, but the first true episode of this season was Kid Kool. It transitioned permanently to HD with Dark Castle. It ended with Bible Games 3, before I took a long hiatus to go into main produciton on the AVGN Movie. 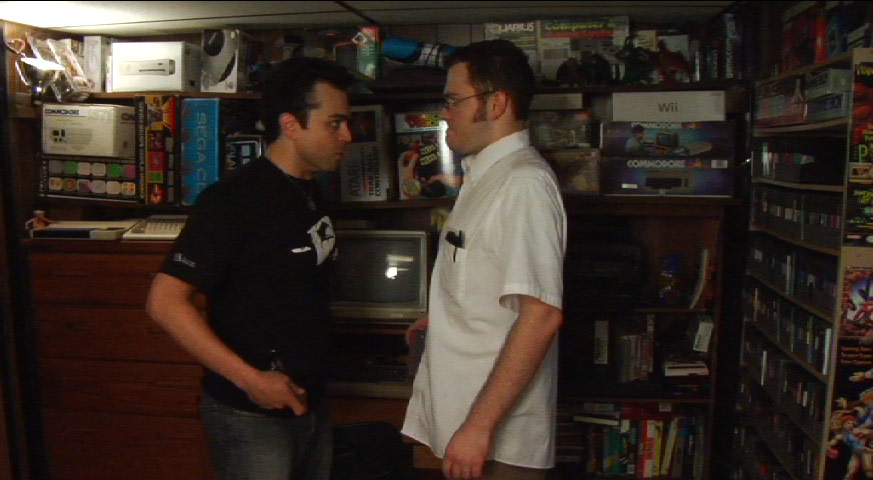 SEASON 7
July 2012 – present (Schwarzenegger Games to present)
This is what I call the “Post-movie” season, meaning this is after I returned from my cross-country trip, shooting the AVGN Movie in the Los Angeles area. Schwarzenegger Games was the big comeback episode. This season has been more loose and spontaneous. I’ve been releasing the episodes on my own, roughly one every two months, while I continue to work on the AVGN Movie, all my other projects, and trying to balance my personal life. I feel very refreshed to be doing it this way. There’s been more genuine inspiration going into each and every episode. When exactly this season will end is uncertain. It could go on forever. 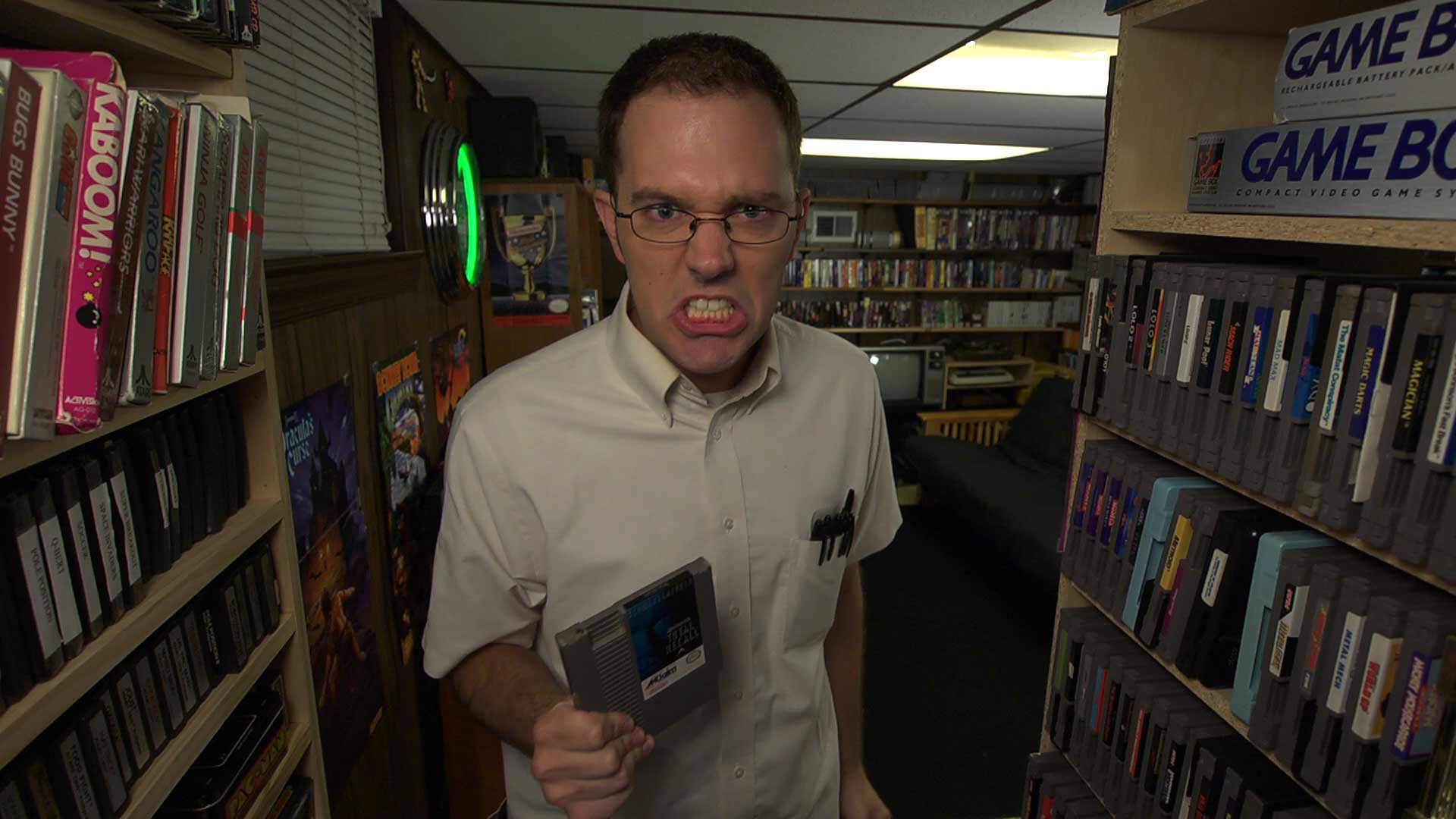