Cinemassacre 400 came and went if you’re curious. The official video count is now 409, but the list is too hard to keep track of. In the beginning, it was all original films. Then, when I started making AVGN episodes, Movie Reviews and various other web videos, they got counted too. The first run of You Know What’s Bullshit episodes got counted as all one project, because that’s how they were produced. Many videos didn’t get counted at all, because they were too impromptu or didn’t have enough production (“vlogs” or anything that I didn’t feel like counting as a Cinemassacre movie.) Also, Mike’s videos didn’t get counted, even though they are Cinemassacre videos. It’s more of a personal “James Rolfe” filmography, because that’s the way it started back in 1989.

It’s not important, and it was too much effort to keep updating, so I abandoned the filmography page for a long time. Lately, I’ve been curious, so I gave it an update. If you wanted to know number 400 was the Video Store Memories. Not very epic. But the numbering criteria is debatable. Lately, I’ve been averaging about 50 videos a year, so whenever I reach the next hundred, it’s not as big of a deal. Will there ever be another retrospective or personal film like Cinemassacre 101, Cinemassacre 200, or Dragon in My Dreams (Cinemassacre 300)? Possibly. I’m going through major life changes and it’s possible that I might make another personal film this summer about the chapter after the Dragon.

One thing I can say is that some of the “lost ” Cinemassacre films like SNIX will finally see the light of day. I will be posting SNIX in time for its 20th Anniversary in April, along with all of its sequels.

Check out the filmography. (It needs some formatting work. It’s a little messy, but for now, I’m too busy to tend to it.) 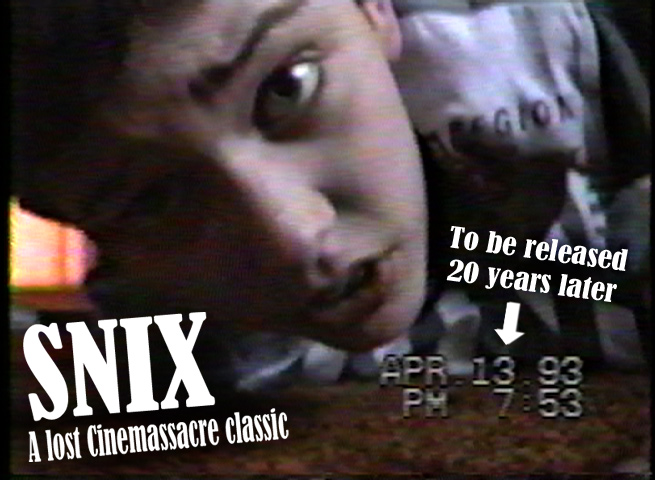