More images from the archives.

Craig and I at the Iron Man tournament 2008. That’s me playing Silver Surfer to a live crowd as part of an improvisational live AVGN act. Next time I try that, I’ll need some notes at least. Coming up with stuff on the spot wasn’t easy. 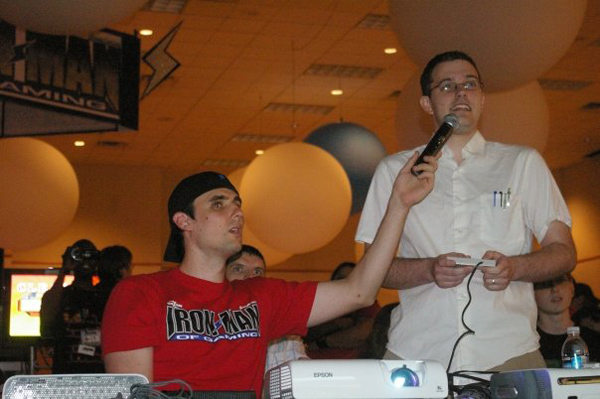 Iron Man 2008 Q&A session. I’m in front of a blank screen which made it look like some kind of photo shoot. 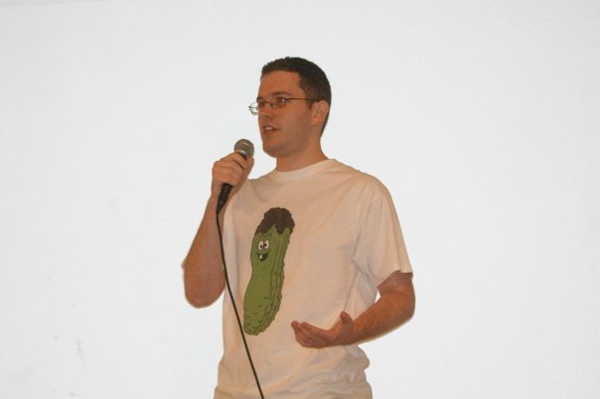 The original “friends” on the Nerd’s MySpace page.

An old profile pic from the MySpace page. This was a video still from the Roger Rabbit episode. This was an improvised bit that never made the final cut because… I forgot to switch the audio input to Line 2, meaning there was NO AUDIO. What a jackass I was. 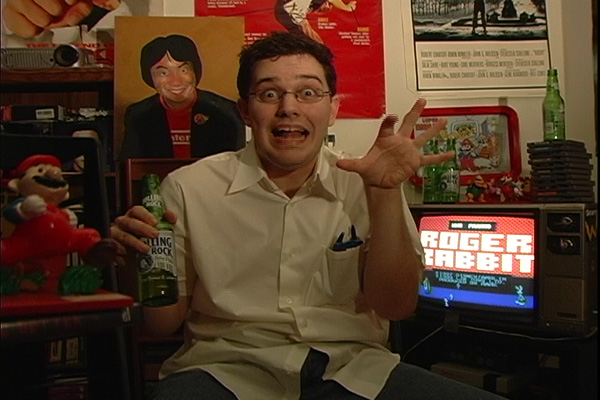 From what I recall, a fan was making a tournament fighting game based on the Nerd, and wanted to use the Nerd room as a stage. I gave him these video stills. I don’t remember if the game was finished or not.

More references for the Nerd’s stage in the fan-made tournament fighter.

I think Mike compiled all these stills from the Nerd episodes, whenever there’s a TV in the shot. I don’t remember why, but I remember Mike telling me how much he liked the shots when you see the Nerd with the TV because it feels genuine. You know I’m actually playing the game when you see it and I together. I admit, I love them myself, but they’re very hard to light. I usually have to bring down the brightness on my TV screen or else it appears blown out white. One of these shots is blue-screened and composited in later. Can you guess which one? 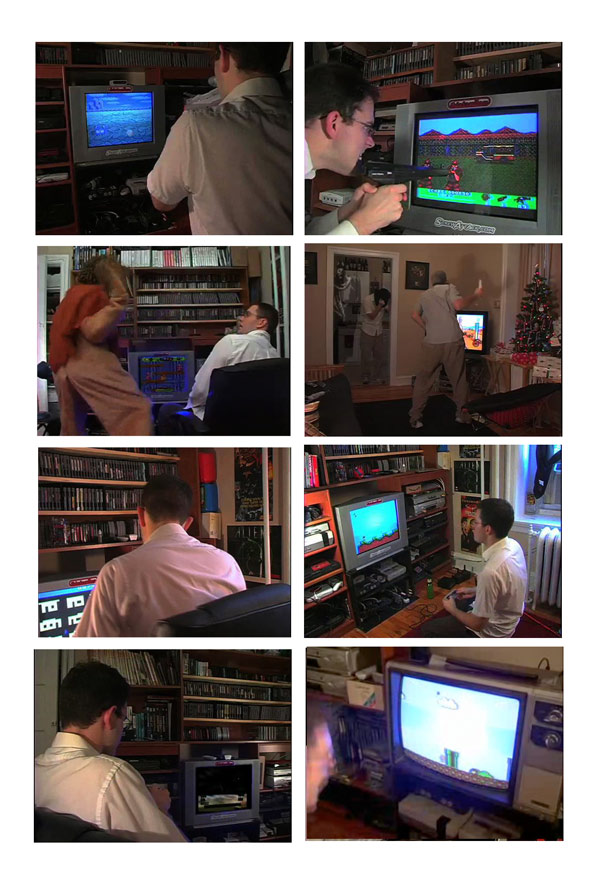 The original Angry Nintendo Nerd image on Cinemassacre. The first still image of the character EVER. 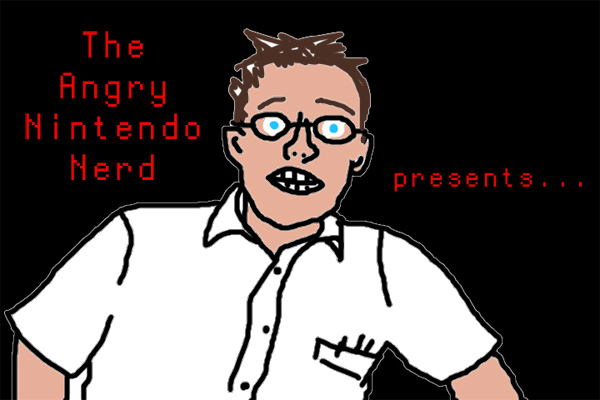 And how it appeared on the old site. 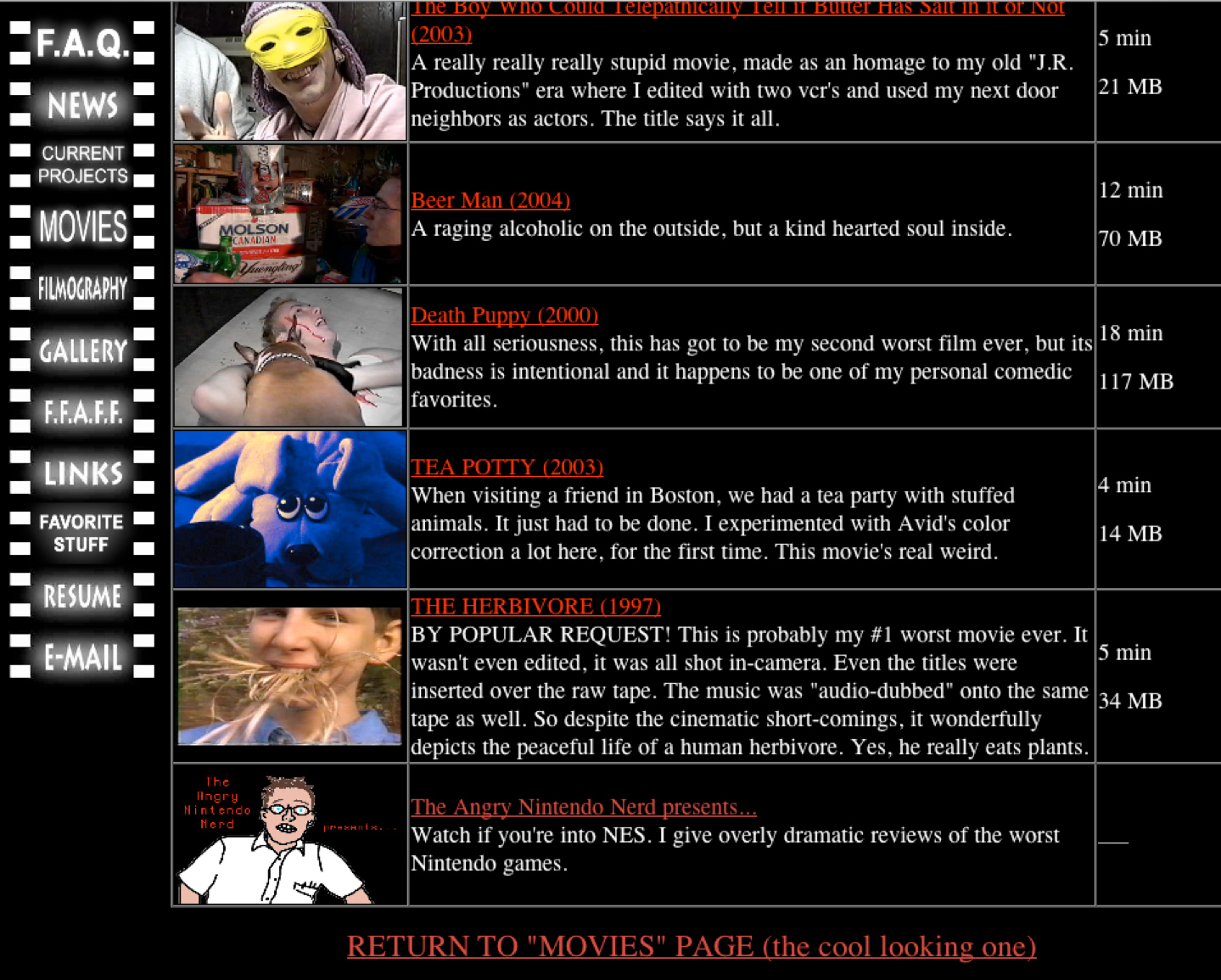 Mike’s painted title card of the Nintendo Power episode, before it was finished. 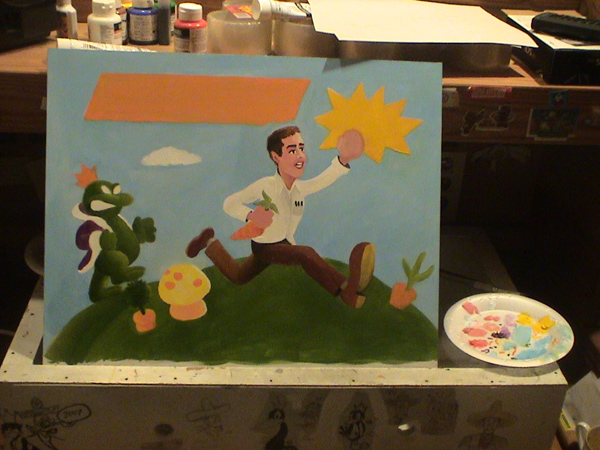