These are the only comics I have coming up that aren’t exactly “childhood comics”. These are far more recent (2000’s). I had a job with a lot of downtime, and was bored, so I drew these. The idea was what would happen if Batman went crazy and killed people. 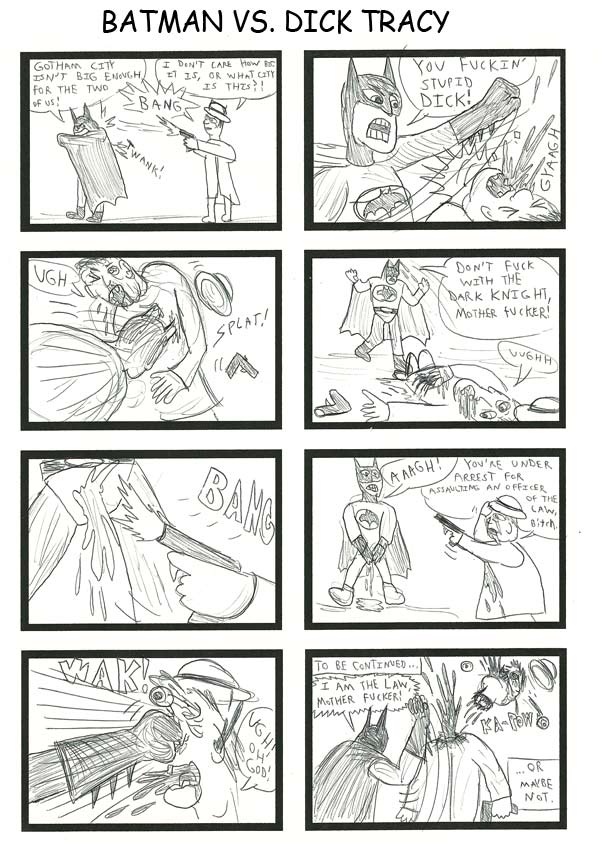 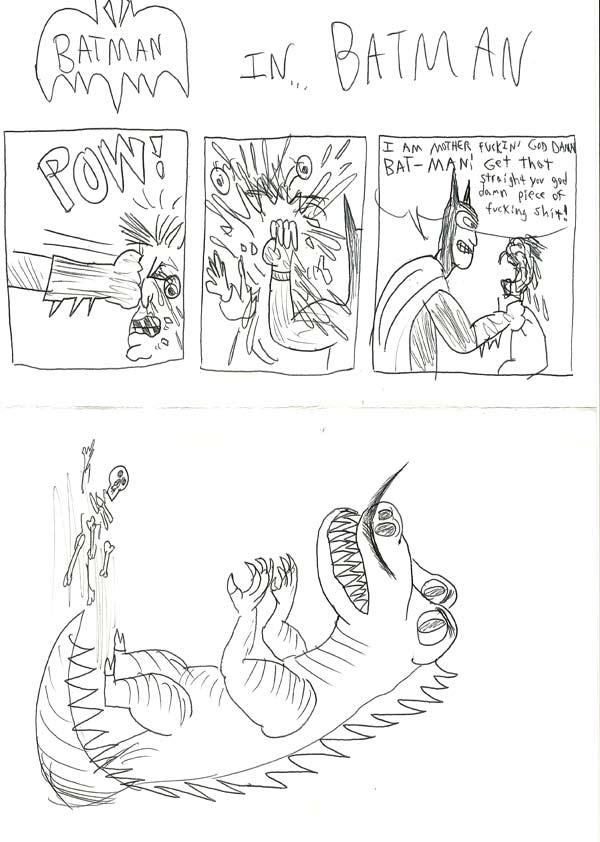 Surprisingly, I discovered in recent years that my version of the Angry Batman was not too far from an actual comic series “All Star Batman and Robin the Boy Wonder” (2005 – 2008) written by Frank Miller in which Batman, believe it or not, calls Dick Grayson “retarded” and then says “I’m the goddamn Batman!” It’s become a popular internet meme, after I privately coined the phrase myself.