I was probably about age 9 or 10 when I drew this abomination. It used to be a regular series. When I was waiting for the school bus every morning, I’d bring chalk to the bus stop. I drew these weird heads on the sidewalk. The other kids in the neighborhood thought it was funny, so I kept drawing them every morning.

Then, I continued the tradition in the classroom, on the chalkboard. I think the first time, I got in trouble, but eventually the teacher let me draw them up there during lunch time. They’d remain on the chalkboard until the teacher needed to wipe it clean. The following day, I would continue the story: about evil floating heads and warriors who had to fight against them. It started to get too violent and the teacher got worried, so it came to a stop.

“The Heads” series had to go underground, on paper, and that’s how some of these survived. I always wanted to make a movie about the killer Heads, but the only thing that came to fruition was The Head Incident. Maybe the sequel would have been The Heads. (like Alien and AlienS) 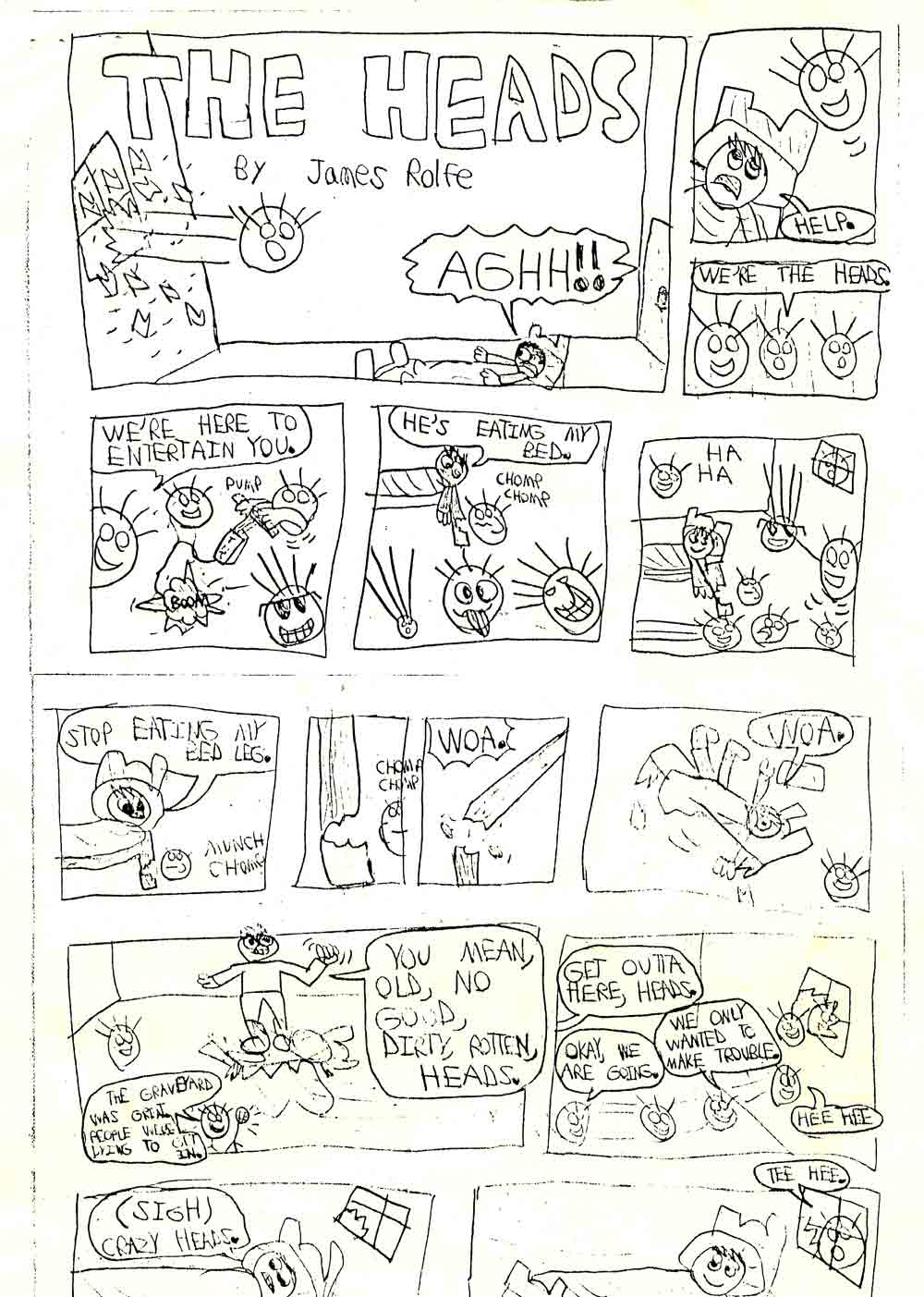 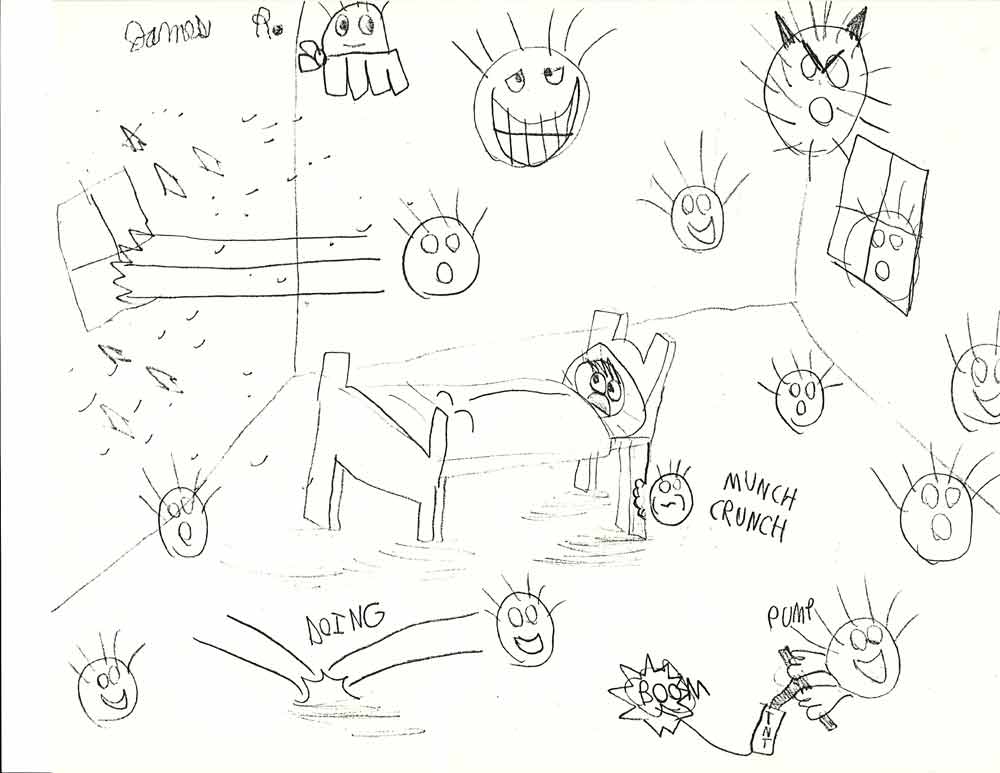 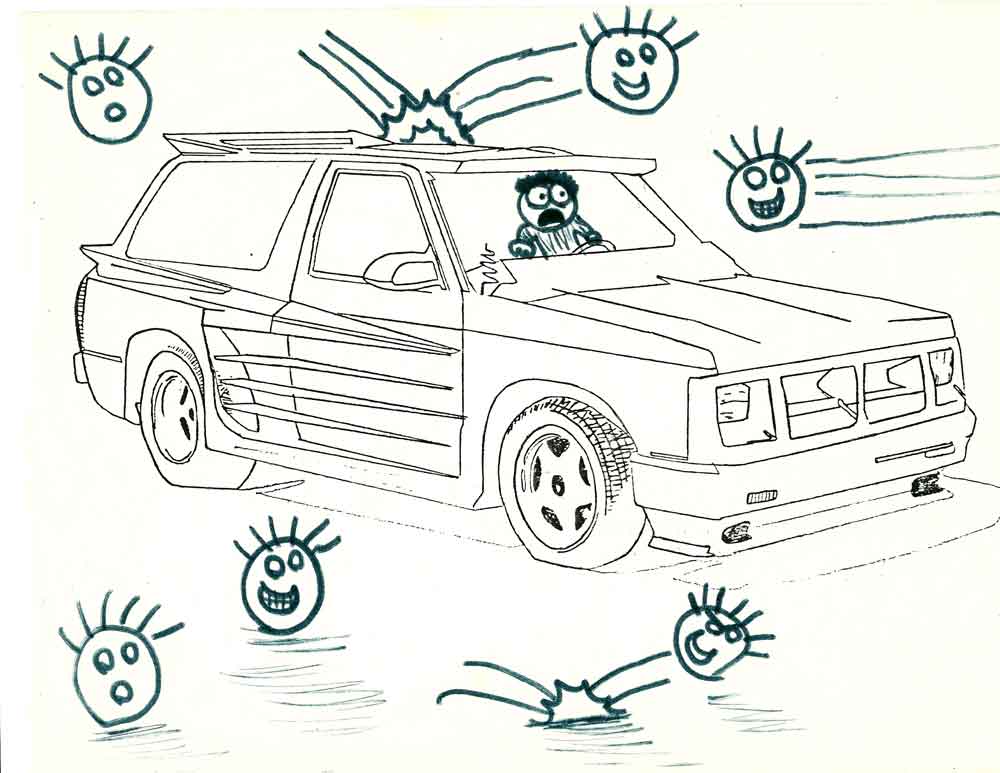 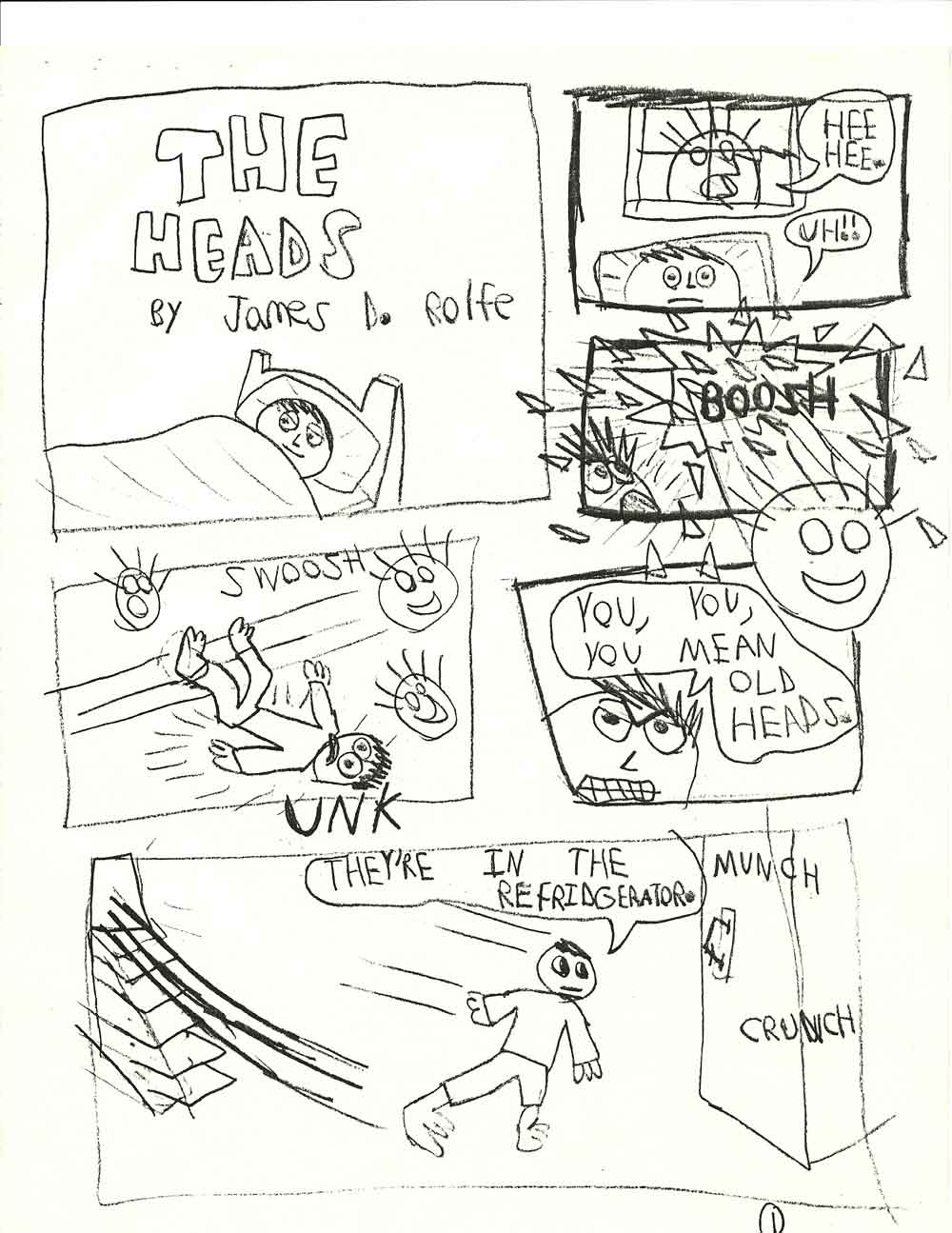 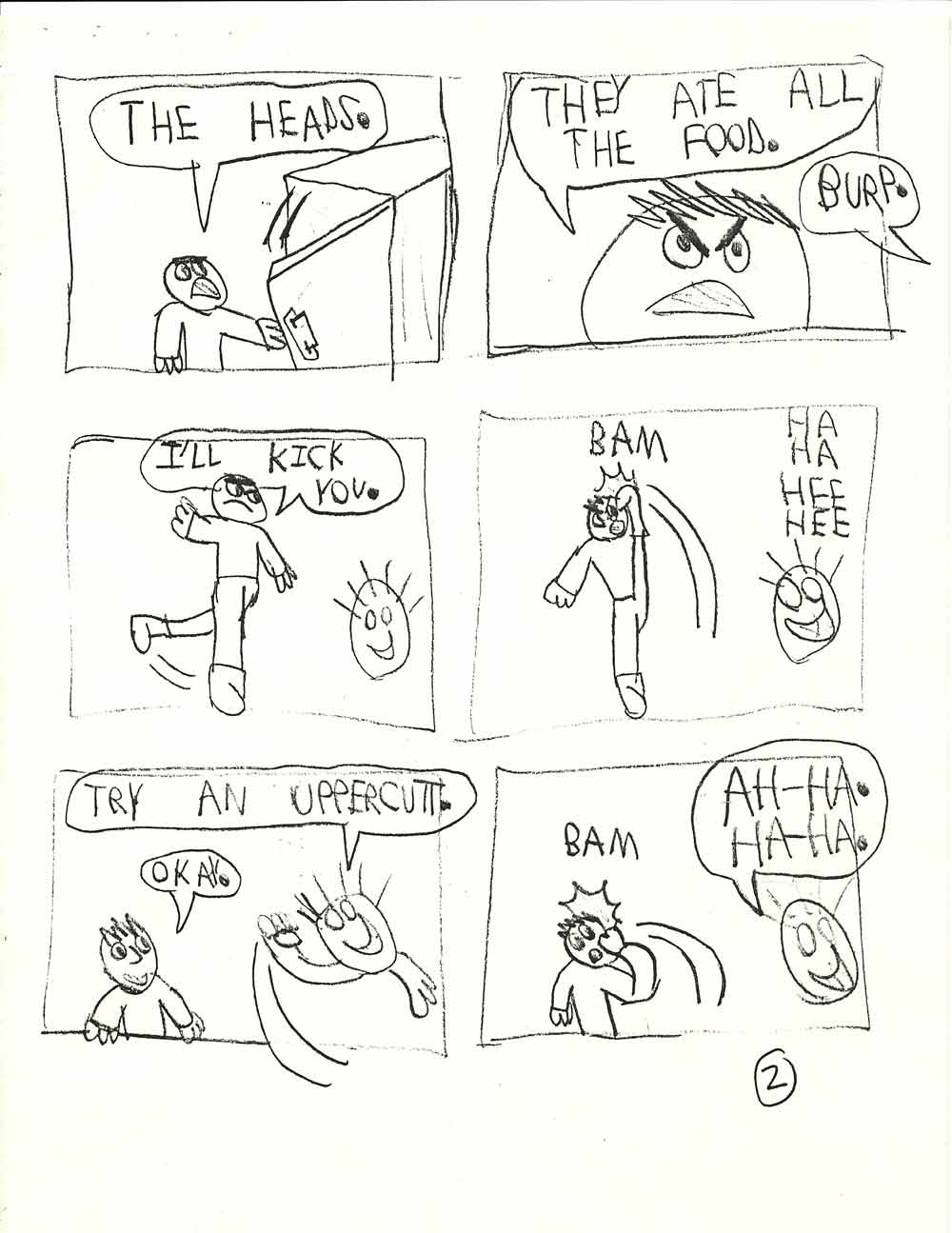 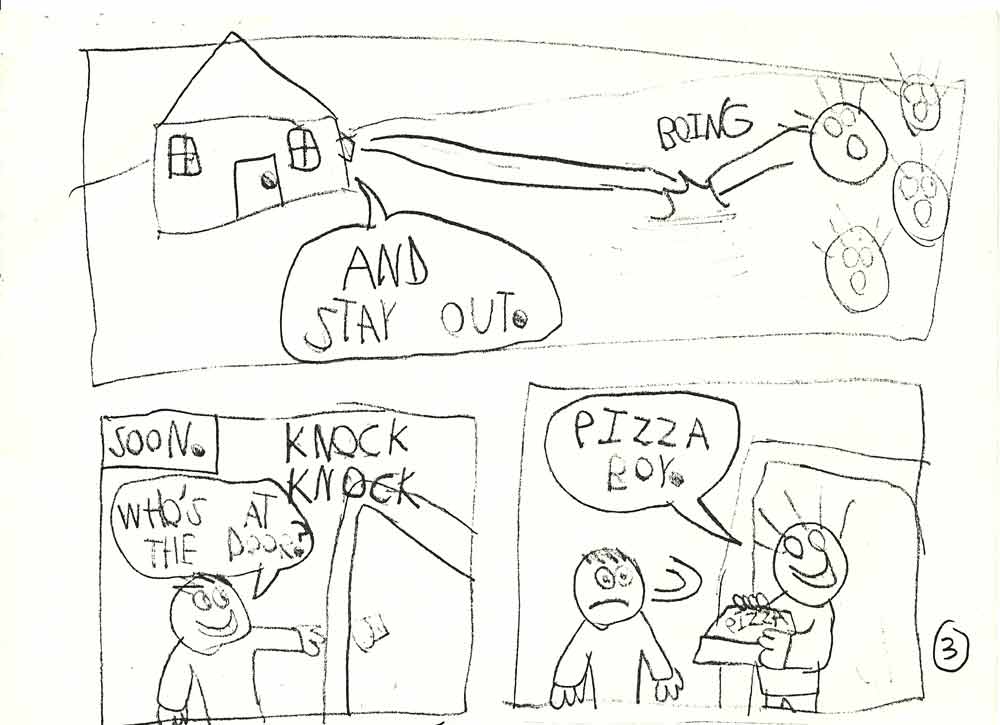