Seeing as I just posted the Ducktales Glitches video, I thought I’d quickly share another Disney-related project I took part in.
You all know me as the one who draws the title cards for The Angry Video Game Nerd. But I should say, the entire reason I ever started to draw in the first place was because of Scrooge McDuck! I was a huge fan of the original Uncle Scrooge comics by Carl Barks as a child, and still am to this day. 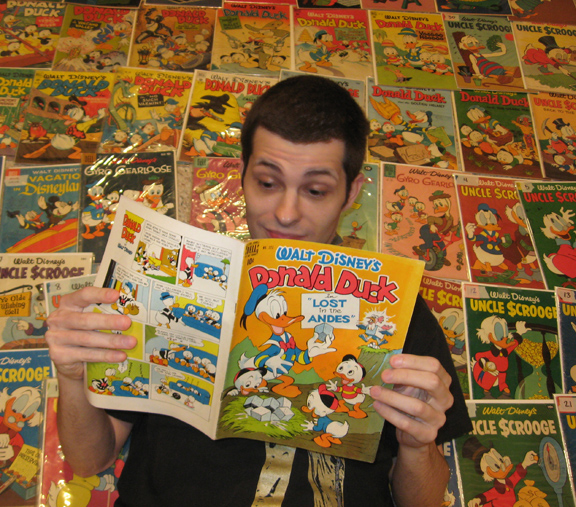 One of Barks’ inspirations when drawing the duck comics were the original Mickey Mouse strips by Barks’ Disney friend and colleague, Floyd Gottfredson. Barks followed the format of those for his duck stories. But I’ll spare you my Duck obsession. Let’s get to the subject at hand, which is not that of Ducks, but of Mice!

The Mickey character most people know is a watered down family-friendly version of the character. A one-note nice guy without much depth of personality. Simply put, the Mickey most people know is a boring, bland corporate mascot. He hasn’t been able to do anything terribly funny, because he has to be sugar and spice and everything nice. As Donald Duck would say, “Aw, phooey.”

That’s not the way Mickey Mouse was when he was created. I remember watching Steamboat Willie when I was young. And that had a scene with Mickey swinging a yowling alley cat by the tail. As I got older, I always wanted Mickey to act more like THAT. 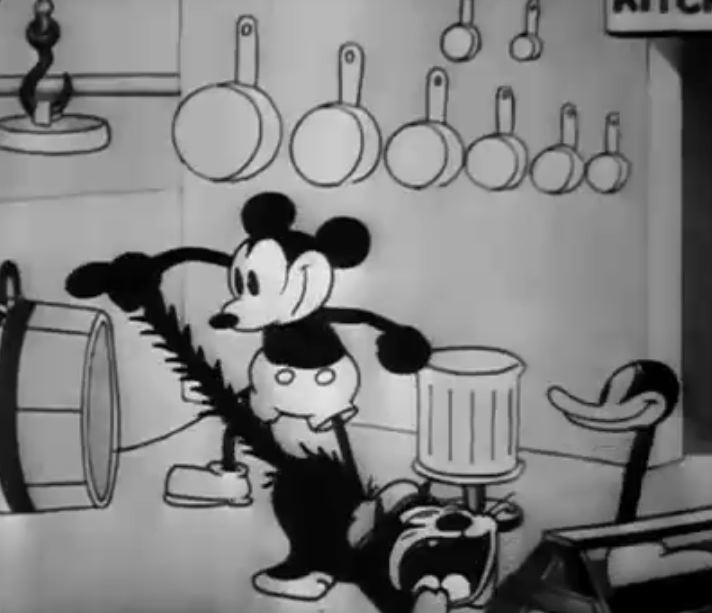 I remembered him being FUNNY. But sadly, he was toned down. And we were left a happy-go-lucky, zip-a-dee-doo-dah, goody-two-shoes! That’s not the Mickey I knew.

In the comics, Mickey would go on adventures, often getting into wild shoot-em-ups and other battles. 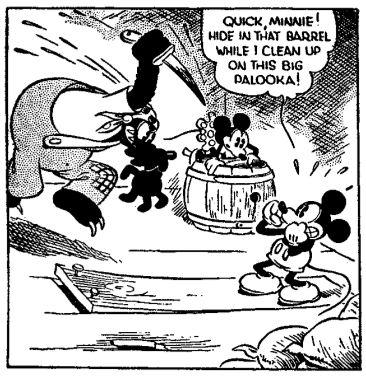 He was also at times, more mischievous. A trait that today, we identify more with Donald Duck. Mickey often paced his living room floor insisting that life was too BORING and he had to go look for ADVENTURE. And this meant taking dangerous jobs, like flying airmail through pirate territory, or publishing a newspaper exposing government corruption, or just driving away the crazy hillbilly who’d moved in down the block. Mickey didn’t exactly swear like a sailor, but when he got in these crises and insulted his enemies, they knew they’d been insulted. 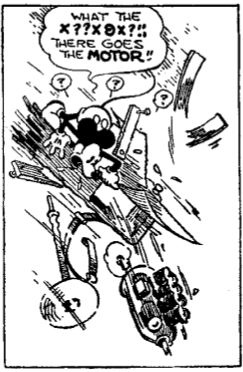 Doesn’t sound much like the Mickey we know today, huh? Instead of a goody-goody, this Mickey was feisty and human and REAL. And so much more likable BECAUSE he had that edge.

The point is that now, for the first time, the original Mickey Mouse comic strip is being reprinted unedited and in it’s entirety. So you can actually see what the REAL Mickey Mouse is like. 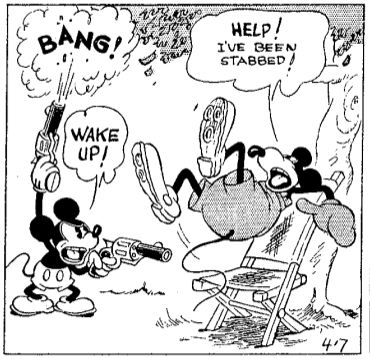 I was fortunate enough to be able to work a bit on the book and helped with some image restoration. Gottfredson’s team also produced some rare Disney children’s book illustrations in 1931, and I helped clean the versions of those illustrations that you’ll see here.

What’s cool about the book is that, not only do you get all the amazing uncensored comics, but you also get some intricate historical background on Gottfredson and the history of Mickey comics. Great scholarly essays that really provide some fascinating information. Thanks are due to my friend David Gerstein, the co-editor of the book, for letting me take a small part. I recommend this book highly to everyone. Not because I worked on it, but because the comics themselves are worth reading. Scratch that. They are ESSENTIAL reading.

Mickey Mouse is a figure every person on earth knows. But very few people really know what the character is all about. If you’re a fan of comics, you have to own this long, long overdue book. Plain and simple. 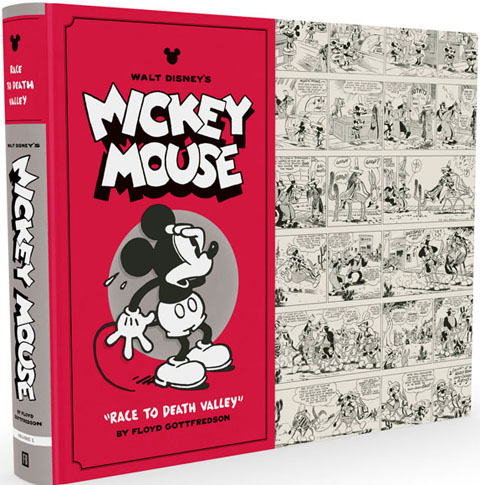