TRON: Disney sweeps the original under the rug?

You can find almost any movie on DVD. “Jesse James Meets Frankenstein’s Daughter”, “The Adventures of Rat Phink and Boo Boo”,  and even “The Incredibly Strange Creatures Who Stopped Living and Became Mixed Up Zombies.” No joke. But “TRON”? … Not on DVD.

Of course, we’re not talking about the new “Tron: Legacy” which is playing in theaters now, but the original Tron from 1982. That’s not to say the original doesn’t exist on DVD, but it’s currently out of print. On Netflix, it is completely unavailable. Not even for instant play. On Amazon.com, the only way to buy it is from third party sellers who ask for $50 to $219.99 for just one copy! On Ebay, I’ve seen it listed for as much as $299.99.

How could this classic 80’s movie… this groundbreaking pioneer in special effects, with lots of retro appeal, with a brand new sequel playing in theaters now… suddenly become a rare film? There’s been lots of speculation and rumor that Disney is trying to keep the original hidden, at least for now, until after the new Tron movie finishes its theatrical run. I don’t have any proof that this is true, but if it IS, then this is the worst marketing mistake in movie history. How would it help a sequel’s success to make the original harder to find? What kind of logic is that?

Whenever a sequel comes out, many people rush to see the original to catch up. Imagine if when the new Rambo movie came out, you couldn’t watch the older ones. How about Indiana Jones? What if the new movie came out, and the original trilogy just disappeared? Sure with Tron: Legacy, it’s not absolutely mandatory that you have to see the original to understand the new one, but there are definitely moments like dusting off Flynn’s abandoned arcade that convey a feeling of nostalgia towards the original. How are today’s audience supposed to feel the full impact without having seen the first one?

So what’s Disney’s issue? Are they worried about people confusing the two movies? Do they think someone is going to walk into a video store and see the original Tron on the shelf and think it’s the same as the new movie that’s playing now? I’ve heard that Disney test screened the original somewhere and audiences laughed at it. I don’t know if that’s true, but if they’re so worried that the original is dated and doesn’t hold up today, then WHY MAKE A SEQUEL ANYWAY?

No one in their right mind would think that making a high demand movie unavailable will keep people from pirating it. Whoever wants to see it will find a way to see it anyway. Otherwise, they may hold off on seeing the new one, just because they want to see the original first.

Of course, we all know, the original Tron will probably come out on DVD/Blu-ray with an all new special edition and bonus features galore. But earlier, in preparation for Tron: Legacy’s release, would have been the BEST time. Instead, the only people profiting off it now are Ebay sellers and bootleggers. Good work, Disney. (Or whoever’s responsible for dropping the ball.)

I know I’m late to this topic. People have been discussing this for months already. I just learned of it and wanted to chip in. Besides, if you do get a chance to see the new Tron, you have nothing to lose. It’s pretty good! 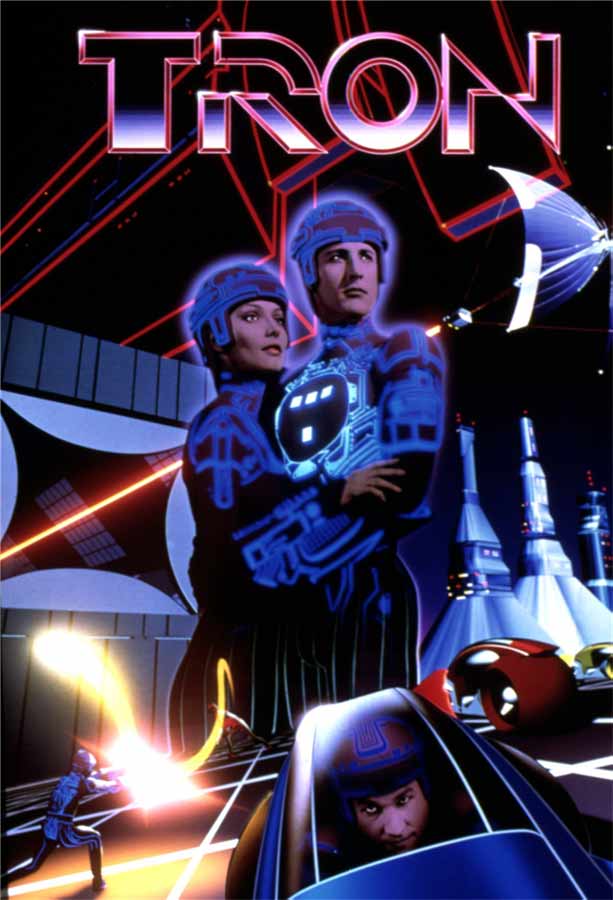