This one caught me by total surprise! I was checking out the Petersen Automotive Museum in Los Angeles, looking at all kinds of vintage vehicles. They had a room dedicated to movie cars. And there, in a dark corner, was some Batman stuff. So, I knew I had to get some pictures for you. But, it wasn’t easy because it was all crammed into the corner, and there wasn’t much room to stand. Also, it was so dark, even the flash on the camera didn’t help much. 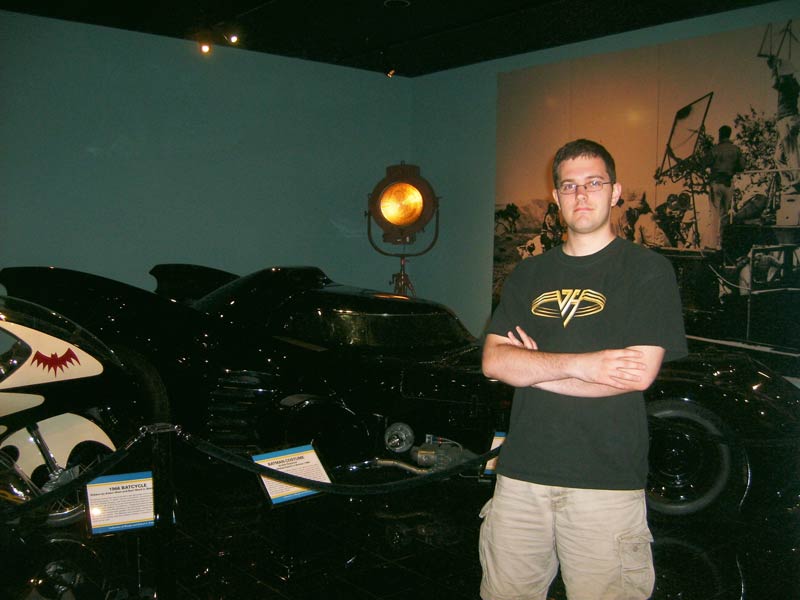 First, there’s the 1989 Batmobile. According to the sign, it’s one of three studio approved replicas. Either way, it was real awesome to look at in person. The coolest design of all Batman’s vehicles, just got even cooler for me! 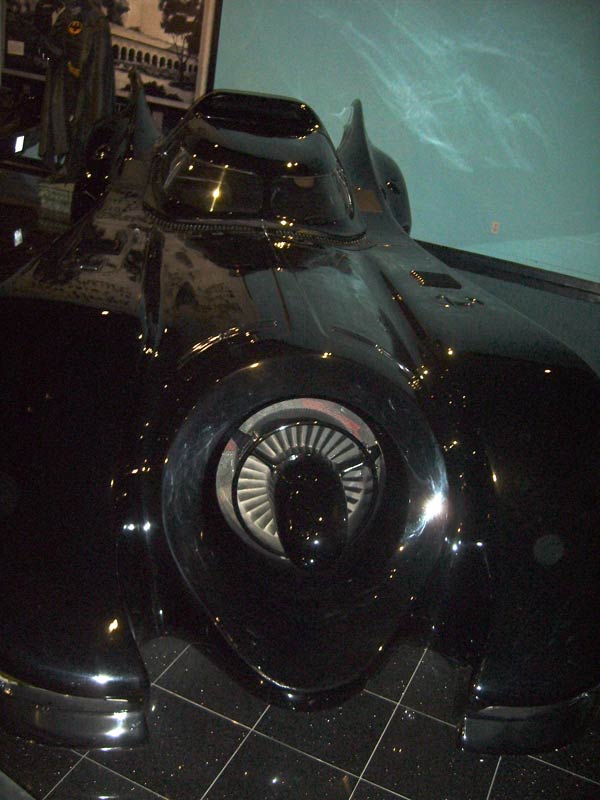 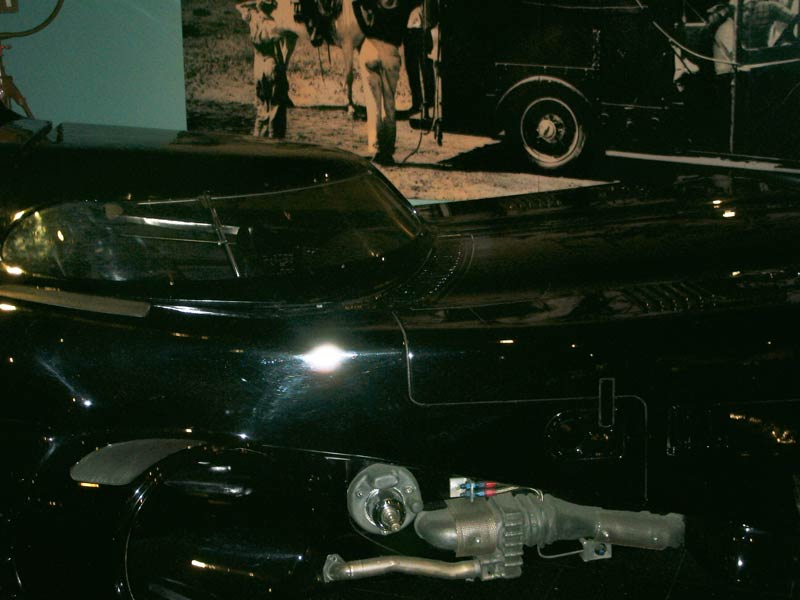 Like I said, the corner was dark and crammed. Damn that glass case. 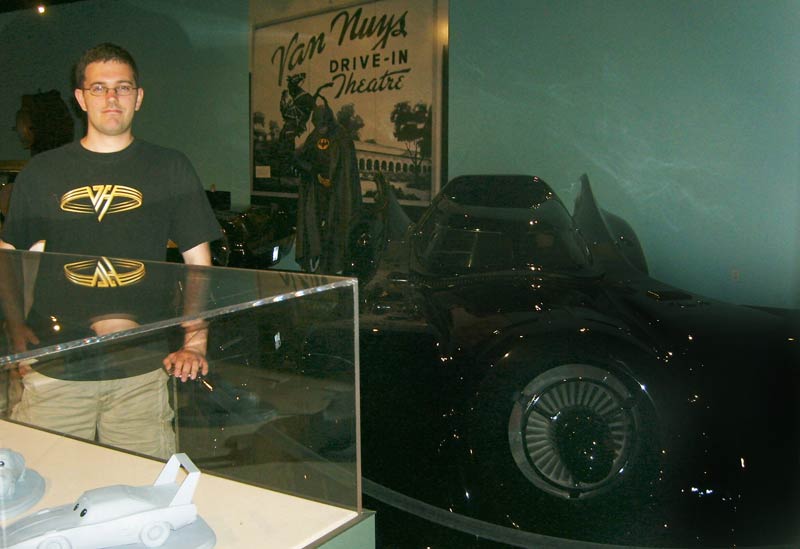 Standing behind it, off to the left, is the 1989 Batman costume. According to the sign, this is the ACTUAL COSTUME WORN BY MICHAEL KEATON! And it looks like it’s been through a production, it’s all beaten up. Supposedly, it’s one of only two surviving costumes from the movie, and the mask is the only one that’s survived! And of all places, it’s in an automotive museum. 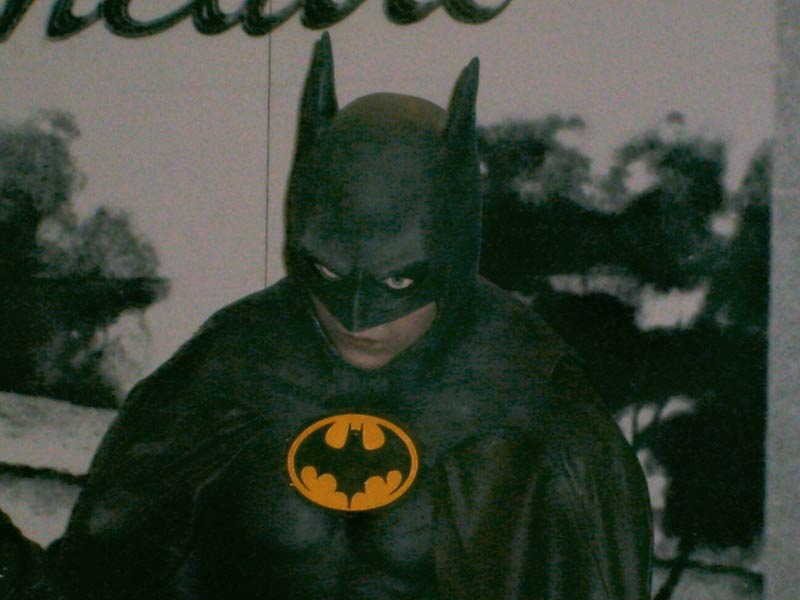 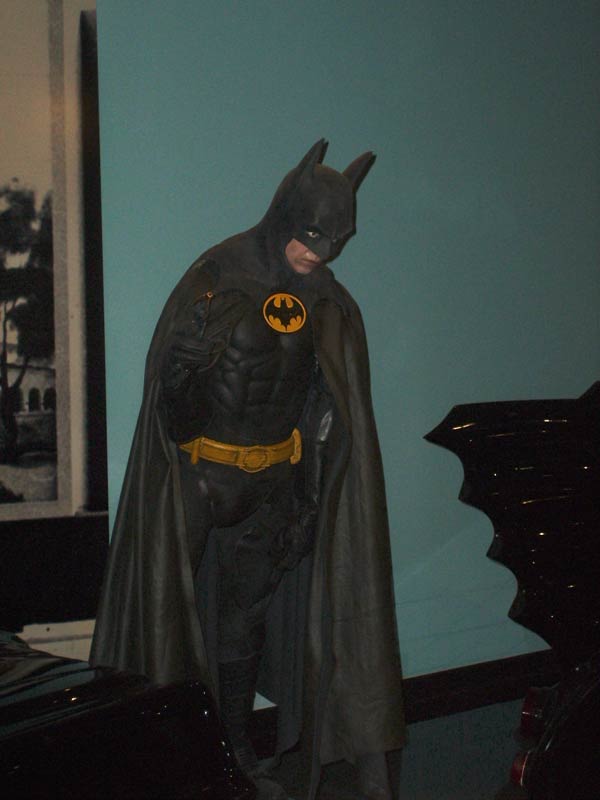 Then, there’s the Batcycle (with the side car for Robin) from the 1966 TV series. I’m assuming this one is a replica too, but I’m not sure. It’s not as awesome as the Batpod from The Dark Knight, but  it’s still pretty cool to look at. 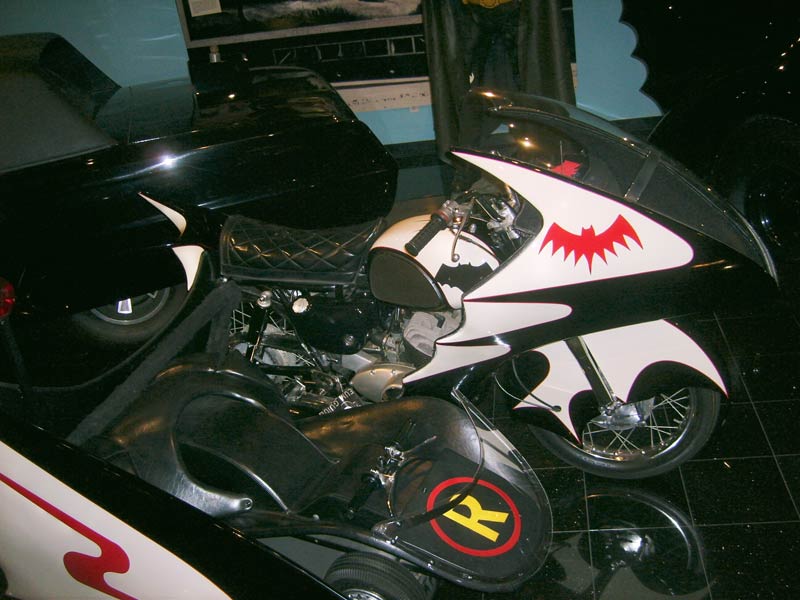 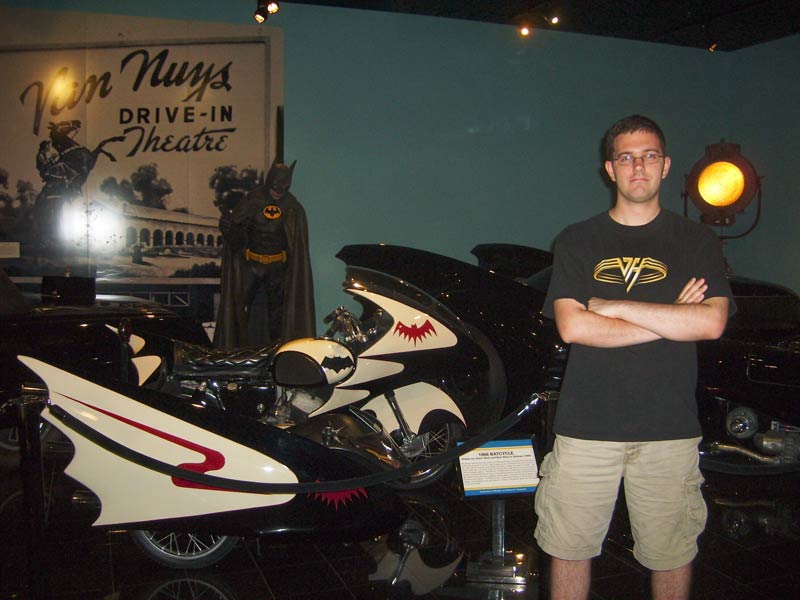 Batman aside, I recommend the museum, but this just made it even more worth it!